I was interested to read that Lomography made it to the BBC Magazine. I've been hooked on it for years.

The whole retro thread in our current culture is quite interesting to me. For a good example check out this Toaster, the blurb even says it "evokes the glamour of 1950's Italy"
Was Italy glamourous in the 1950's? I have no idea.

Anyway, I am thinking of undertaking a project involving making lomographic double exposure photos of things which rhyme, like this one below: 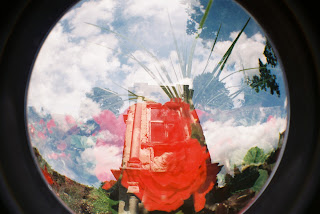 If you paste the text below into your browser, or click this link:

You can hear an interview I did recently with Dwayne Bunney of Kaleidoscope Ears, mostly talking about Metallic Taste of Blood. 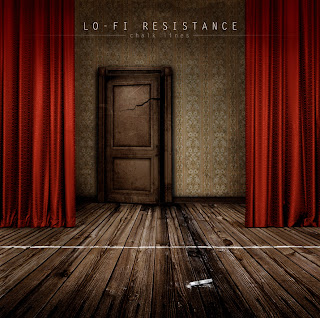 Another release I've been involved in earlier this year that is finally being made available is Lo-Fi Resistance's "Chalk Lines"
Lo-Fi Resistance is the "nom de guerre" of New York based Randy McStine.
Randy's compositions are not only full of great ideas, but he also knows how to develop them into fully fledged, absorbing, emotive songs with a strong flow. It's an album I've really enjoyed working on, and listening to the finished thing, I think it's a great listen that deserves some serious attention.

I'm sharing the bass duties with Dug
Pinnick (he of the mighty bass tone and legendary band King's X, who also toured with Porcupine Tree on the Incident Tour) and also session legend John Giblin (Kate Bush, Brand X, Simple Minds and many, many more)
Gavin Harrison plays drums throughout and Dave Kerzner, who I met up with in the flesh recently, handles the keyboards and co-production and co-writing duties.
There is more info on the burning shed newsletter here, please scroll down the newsletter for info about a free download track from "Chalk Lines" ( ...and also about  "Burnt Belief" pre-order info)

I am very happy to announce that "Burnt Belief" my collaborative album with guitarist Jon Durant, is mixed, mastered, manufactured and  ready for pre-order. Release date is set for "the end of the world"... very soon, so I hope any survivors will enjoy the album....it may well be an essential soundtrack for the Post Apocalyptic Times we will apparently find ourselves living in...(assuming that it isn't in fact the present reality and I just don't know about it....)

In any event "Burnt Belief" is an instrumental narrative, consisting of 8 tracks: 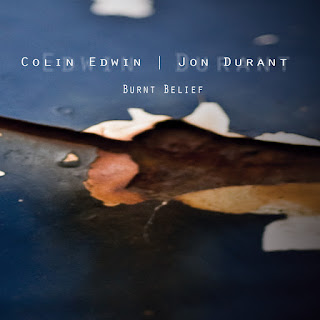 As well as Jon on 12 string, his unique lead and cloud guitars, and yours truly (various basses, electronics and programming), Jerry Leake is active on most tracks with an interesting variety of percussion, mostly of the middle Eastern variety, but also Indian tablas and various metallics. I've always enjoyed the blend of electronic and human sounds with rhythmic elements, Jerry has done a fantastic job complementing the electronic programming, with both his sound choice and feel.

Geoff Leigh guests on flute on the diminished tonality of  "Balthasar's Key" and Randy Roos, who recorded Jon's previous album Dance of the Shadow Planets also mixed and mastered the CD at Squam Sound Studios in New Hampshire, USA.

Sometimes a particular atmosphere or sound suggests to me that it might make a good context for a particular instrument of mine. For the vast majority of "Burnt Belief" I've used my new USA Spector fretless, which has proved to be an extremely expressive and responsive addition to my bass sounds, but there's a few other colours too, namely my low tuned Spector Euro 435LX for some extra deep bass, my (phazed and distorted) Wal fretted played with a pick, my double bass on the acoustic track "Arcing Towards Morning" and also my old Ovation Magnum II, lending a fat dub style tone to a minimalist line in one interlude.

There will be two physical editions of "Burnt Belief" a standard CD in a Digipack, and for those who might like it, a special limited "Tin Edition", with a signed insert, see below: 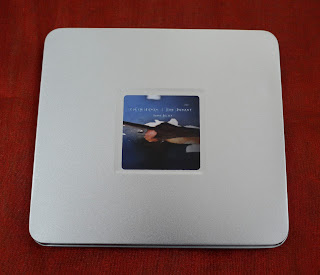 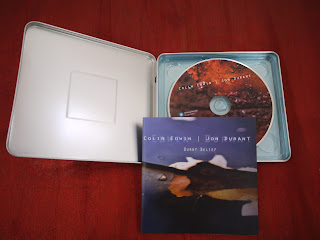 I'll be posting the pre-order information here as soon as I have it, in the meantime, here's an audio sampler of the album: (EDIT- click here to pre-order, and check out the Facebook page also)

Colin
Posted by Colin Edwin at 15:02 No comments:

Herewith a clip from the forthcoming "Octane Twisted" Special Edition:

NB. This is part of the Bonus DVD that comes with the Special Edition (two CD's and the DVD)