Something Old - Something New.

Very pleased to say that Alessandro Pedretti and I have rebooted Endless Tapes with some new material, our first release since 2016's "Brilliant Waves" - "Third Reel" is a digital only release in partnership with Sonoton Music in Germany and is available to stream here: 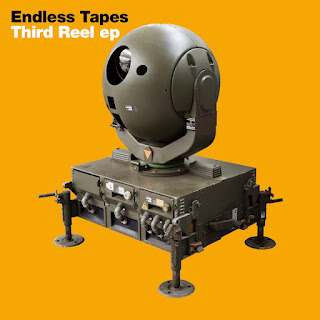 Since Brilliant Waves Alessandro Pedretti and have collaborated on some abstract "installation music" for a sculpture trail in Northern Italy, but Third Reel is more in the spirit of "Brilliant Waves", our work together always brings something new to the surface, and I think Third Reel EP is a worthy continuation.

Secondly, I am very happy so say that O.R.k's first album "Inflamed Rides" is seeing a vinyl release for the first time ever. The reissue also benefits from a much improved remix and remaster with the CD version also having some extra tracks, including our -dare I say it- idiosyncratic Bowie cover "I'm Afraid of Americans" which has been a longtime favourite in our live shows, this is the first time it's been available in any physical format at all. 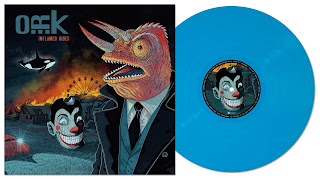 As well as a new mix and master, the new Inflamed Rides also comes in a very fetching blue vinyl. Available here: https://ork.lnk.to/inflamedrides