For anyone who missed out on any, or all, of the tracks I previously put out on weekly basis over the summer/early autumn, you can complete the collection by getting hold of “Hebdomadal” which is the complete set over on my Bandcamp page.
Posted by Colin Edwin at 01:54 1 comment:

Very pleased to announce that 'Burnt Belief' my ongoing collaboration with guitarist Jon Durant will be seeing the light of day next month, on October 22nd. I'll be posting all the usual pre-order information soon, but for now, just a short audio preview. Pre-Order links here: Digital: https://burntbelief.bandcamp.com/album/mutual-isolation Physical: https://burningshed.com/burnt-belief_mutual-isolation_cd
Posted by Colin Edwin at 09:29 No comments:

Part deck (hard drive) clearing exercise, part creativity drive, starting this week, and for at least the next seven weeks (maybe longer), I’ll be releasing a completely new track on Bandcamp every Friday, offered on pay as you like basis.

So please check in below: 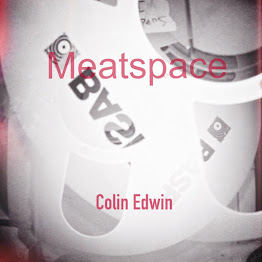 Each piece will be available for only one week, before being replaced by another. At some unspecified point in the future all are likely to resurface as a collection, or perhaps not, as I may change my mind after all.

I hesitate to say “album” instead of collection, since these are all things that I have developed at different times, without any over arching conceptual ideas or any particular direction.

This week’s offering is called “Meatspace” which for anyone unfamiliar, is the term used to describe the “real world” as opposed to the online world of “cyberspace”, somewhere perhaps we are all returning to all little bit more perhaps……I certainly hope so.

United Plugins have released a number of audio processing plugins which I've found useful over the last couple of years and their latest is very handy one for bass, designed to offer an easy solution and clear options for processing bass sounds in any DAW. 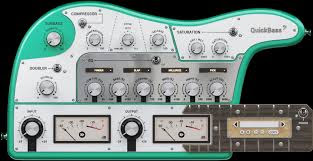 I was lucky enough to be offered a chance to trial the QuickBass plug in before release and I can confirm it's useful, well thought out and user friendly. I particularly enjoyed exploring the doubler effect (especially on fretless) which differs from more standard modulation effects. Adding Sub is always a good option to have of course and the saturation ranges from subtle to more than enough. I have contributed a number of presets, which are hopefully useful places to start when searching for a sonic option on bass or perhaps just exploring low end possibilities. A lot more information can be found on the link below: https://unitedplugins.com/QuickBass/ There is currently a free trial version, and an introductory discounted price, so it's certainly worth investigating.
Posted by Colin Edwin at 02:47 1 comment:

No Use For it

A  new interview with yours truly is up now on the website 15Questions, it's a deep dive into creativity, music, sound and all sorts of related ideas,  click below to read it:

Also, I've given my thoughts to XSNoise on 10 albums helping me get through this current lockdown: 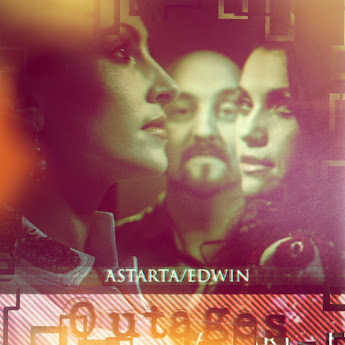 As is often the case, the Astarta/Edwin album, released in 2016, had a number of tracks which didn't make the final cut, as well as some reinterpretations and remixes which also never came out at the time and which I've subsequently decided to actually finish and expand on.

I've gathered these out-takes into a companion release entitled "Outages", which I hope will offer a new perspective on the original material, or perhaps even serve as a mini album in it's own right.

The experiences I had while making the album and the (sadly) few subsequent performances we managed together were all extremely memorable. Happily the connection has carried on with Inna Kovtun and I eventually going on to make the Edwin/Durant/Kovtun album with guitarist Jon Durant as a full third collaborator, I certainly hope there will be more to come.

Here's a few notes about the tracks included on "Outages":

1. Still - Anyone familiar with my solo album "Infinite Regress" will recognise the bones of this track, as the bass and drum parts are lifted completely from "Almost Still". Originally, I thought it might be interesting to offer "Almost Still" to Inna, in the hope it might interest her to do a Ukrainian language version. Instead, and surprisingly, she used the backing to sing a completely different song. Eduard Prystupa joins on backing vocals, and although both he and Inna guested on "Infinite Regress", this track didn't make either album. Jon Durant plays some fine guitar, as always.

2. Kalina (Unpainted Canvas Mix) - "Kalina" was the first track we ever worked on together and set the modus operandi of our collaboration from the start, building musical arrangements around the bare twin vocals of Inna Kovtun and Yulia Malyarenko from the ground up. This interpretation removes, almost completely, the original vocal parts, so it's a form of reverse engineering to focus on the elements that were added around the main centre of attention, the twin voices and their beguiling Eastern harmonies. Pat Mastelotto and Jon Durant play drums and guitar respectively.

3. Ves Dub - Not understanding any of the words or lyrics I was working with, I reached out for a few translations and I was fascinated by Inna's explanation of the song "Vesyanochka", which is really an ancient invocation sung in a high pitch to summon the Spring to come and nurture the crops and rejuvenate the natural world after a harsh winter. In a rural society, the importance of the cycle of seasonal rebirth and can't be understated. I wanted to underscore the almost pagan, earthy atmosphere of the original song with an even more Arcadian impression.

4. Cascade (Post Soviet Radio Mix) - A new remix, and a completely different take on the instrumental parts of the original, with a small amount of the vocals treated in a textural manner. There were so many good performances from Jon, Steve and Eduard that remodelling was both an easy process and a real pleasure.

5. Chornomoretc - For running order and space reasons, another track left off the Astarta/Edwin album. Inna Kovtun on lead vocals with Yulia Malyarenko and Jon Durant on multiple guitar overdubs and topping it al off with a splendid solo. For me it's a mysterious tune, the vocal lines have an intriguing rhythmic phrasing and the atmosphere is celebratory, but with an edge of nostalgic yearning, but I could be totally wrong about that of course.

6. Skripka (Twisted Jig Mix) - "Skripka" translates as violin, and the original folk song is apparently a traditional wedding favourite, the Astarta/Edwin version became an ideal showcase for the talents of  Steve Bingham (No Man) who contributed a fantastic set of performances. This remix is basically an extended version of an instrumental coda that never made the album cut.

7. Kolisanka (Dreamless Sleep Mix)  - The version of Kolisanka (Lullaby) that made the Astarta/Edwin album is more or less a straightforward acoustic ballad with some intense vocal harmonies, upright bass, piano and acoustic guitar. Given that I am unable to understand the lyrics and words, re-presenting the song as an almost wordless mood piece with a more electronic edge seemed a good avenue to explore. Hopefully the subtle and delicate nature of the original remains.

8. Cascade (Allusion Mix) "Cascade" was the exception to the all the other pieces on the album, as instead of building around existing vocal arrangements, and out of a desire to give Inna and Yulia a new context to "do their thing", I created an instrumental piece for them to improvise over and to build an original vocal arrangement over. This was then complemented by the contributions of the others involved; Eduard Prystupa, Jon Durant and Steve Bingham. Consequently, this remix is another reverse engineering exercise which strips away the rhythmic elements and most of the original instrumental parts to bring the vocals completely to the fore.

Lurchers, lost keys, creativity and musical connections, the upcoming album with Eternal Return and technology, all get discussed in this new interview with 15questions.net:

Eternal Return - "Once Only"

Back in Autumn 2019, I undertook a journey to Famous Gold Watch Studios in Berlin to record with Paul Godwin, Miguel Noya, (of Dogon Sound) drummer/Berlin resident Miguel Toro and the only other person I actually knew, Robert Jurjendal. The suggestion was to explore and create something new in a totally live setting, and also to give shape to some rough ideas originating from Paul and Miguel Noya.
Live recording is open to failure for any number of reasons, but self imposed limitations and the ability to capture spontaneous moments, can often result in a clearer focus for all involved, and I am glad to say the results have exceeded our expectations and will be coming to physical (and digital) life very soon. Cover Image Below: 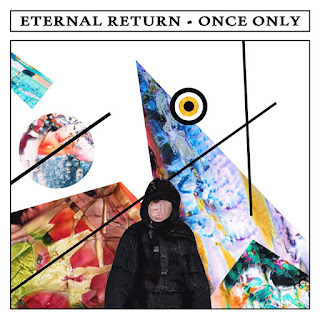 Famous Gold Watch is an eccentrically decked out studio located underground in the bowels of what was once either a munitions factory, or a former Stasi prison, depending on who you ask. I found it a fitting place for some "between takes urban exploration" lots of rooms and corridors to wander about in and for the most part no-one else about, huge pipes and mysterious objects all over the place, neighbouring rooms either full of junk, or eerily empty.
I am not sure if that seeped into the music, but the atmosphere of the building outside the good vibe of the studio space was certainly...odd.
Since the sessions, this recording has taken on a new meaning for me, not only as the pleasing results of a spontaneous expression of musical co-operation by very different musicians finding some common ground, but also because, sadly, creating something "live in studio" in a different country with an international group of people (Estonia/Germany/USA/Venezuela/UK) now seems like a distinctly unlikely prospect, at least for the immediate future...let's hope that changes soon.
Release date is February 23rd, Digital and CD Preorders can be found here:
https://newdogrecords.bandcamp.com/music
https://music.apple.com/us/album/once-only/1546021339
Posted by Colin Edwin at 02:20 No comments:

Lockdown has given me the opportunity to delve into the past and rediscover a lot of material I'd forgotten or half finished. "Novorichna" falls into the former category, it was recorded as Astarta/Edwin  but left off the finished album as it really didn't fit, not surprsing really as it's a traditional New Year's Greeting song,  created in our "collision music" method.

Note that this would refer to the Eastern Gregorian Orthodox New Year, so as of now,  I am not late in sharing it out with all the usual New Years wishes, add to that that 2020 has been so dire for most of us that the opportunity to say goodbye to it twice should perhaps be welcomed.

2021 has already got off to wild start,  so I thought it best to offer this as a free/pay what you like download to spread a little bit of extra positive energy.....click the player above.

Happy  New Year to all.