I was interested to read this about the OED scrapping the term "cassette tape", but no surprise....co-incidentally as I was reading, my son (aged 6) asked me what was on the T-shirt pictured here: 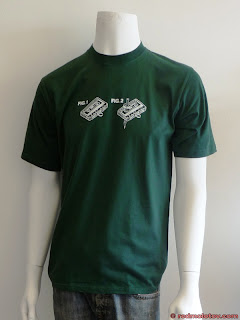 Dance of the Shadow Planets

Earlier this year I took a trip to the USA to take part in the recording sessions for Jon Durant's forthcoming release "Dance of the Shadow Planets". Jon and I had discussed remote sessions, and collaborating over the internet, but we agreed that live recording, with possibilities of much more interaction between the players, was going to suit the music much better.

I'd just spent a while in the considerably warmer climes of Australia, so arriving into the cold air of New Hampshire was a little bit of a shock.
At one point, I was convinced I was going to be snowed in and miss my flight back to the UK.

Anyway, sessions for the album were very enjoyable, and the music came together quickly, perhaps surprisingly so, since most of us hadn't actually played together before. I hadn't met Caryn Linn (violin) or Jerry Leake (multi percussion) before arriving at Squam Sound Studios, but the chemistry was evident from the first take, everyone finding their space in Jon's music pretty much instantly.

The results can be heard on the CD, which is now available for pre-order from burning shed. Check out  "Irreducible" ...a completely live studio improvisation.

Neither myself solo, nor Ex-Wise Heads will be appearing at the Moonloop Festival this weekend in Ukraine.

Sincere apologies to anyone who has made travel arrangements to come to festival to see myself and Ex-Wise Heads.

Colin
Posted by Colin Edwin at 05:34 No comments:

A limited number of Ex-Wise Heads CDs signed by both yours truly and Geoff Leigh are now available at burning shed.

Also "Celestial Disclosure" which has been out of stock for a little while is back in.

PS. the very last "Time and Emotion Study"
Posted by Colin Edwin at 07:07 No comments:

My Basslab fretless Soul IV was returned to me by Heiko Hoepfinger at Basslab a little while back as good as new, after suffering a mysterious and grievous injury whilst on tour with Porcupine Tree last year.

Actually, better than new I think...

Anyway, I've uploaded a track on soundcloud that I made to commemorate it's return....

Colin
Posted by Colin Edwin at 16:45 No comments: 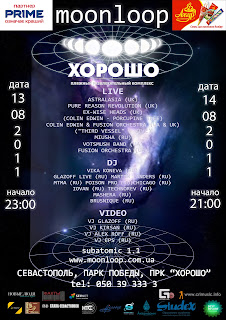