O.R.k. "Till the Sunrise Comes"

To celebrate the release of the new O.R.k. album "Soul of an Octopus" please enjoy this new video for the track "Till the Sunrise Comes".

Distributed by Cargo, "Soul of an Octopus" is widely available from all the usual retail channels, in both digital and physical (regular digipack CD and stunning yellow Vinyl) formats, and also from Burning Shed on the following link:

where there are also Hi Res Audio options.

We're looking forward to taking the album live with a selection of dates across March where we'll be joined by special guests Eleuteria Arena, Mattia Boschi and Marco Machera on selected dates.

Short, (but no doubt intense) burst of Twinscapes activity coming up:
Marcus Club in Momo:
FB event is here 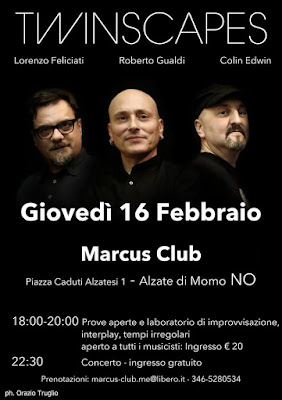 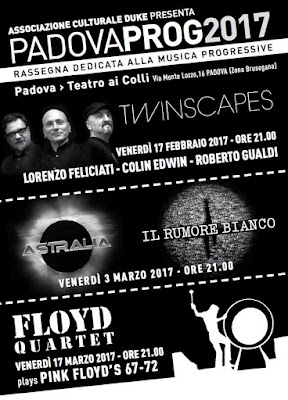 ..and our first Swiss date (in St. Gallen) with support from Next Dimension

http://www.grabenhalle.ch/colin-edwin-lorenz-felicati-twinscapes-ita-bassist-von-porcupine-tree-support-next-dimension-ch/
Posted by Colin Edwin at 10:03 No comments:

Another track from "Soul of an Octopus":

Colin
Posted by Colin Edwin at 15:46 No comments: