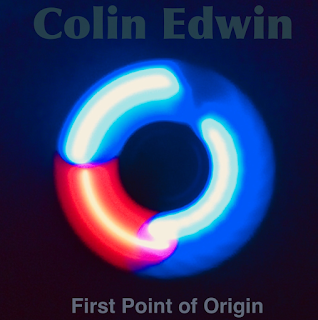 Just as for everyone else, 2020 has thrown a big spanner in the works of pretty much all my planned activity.
I have to confess that the complete loss of the usual outside stimulus initially left me feeling rudderless, with a complete dearth of inspiration, it's been amazing to realise just how many ideas I can pick up in the  (previously) normal course of things: playing music with others, a walk in the city with a cheap camera, cinema, galleries, even a short coffee break with a conspirator, all options that have been suddenly lost and are only now appearing throughout the mist.
Without any plans, I decided to go back to some of the primary source elements of sound, what better place to start than with drones and echoes?

Echoes, I was once told, "...remind us we are still alive, without echoes, there is only a void." This from an eccentric friend of my father's who went so far as to place his home telephone in a large empty oil barrel, as he found the increased reverberations jolted him onto the present whenever it rang.

The first of these "limited element" pieces can be found here:

.....heavy use of bass guitar fed through a delay pedal, drones courtesy of SuperEgo and Ebow, and driven by minimalistic "You must play monotonous!" type rhythmic backing augmented by sliced and processed pieces of the underlying drone.
This one sounds a bit Neu! -  but that's OK by me, and I hope the listener too....