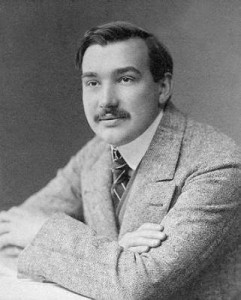 
It's not necessary to know anything about Csath or any of his stories to listen to the tracks of course, the music will either resonate with you, or not, but I am posting this for those interested.
“PVZ” is not a concept album as such, there are no rock opera style characters, no messages nor any type of storyline, instead I have tried to distill certain moods, feelings and ideas and to express the contradictions of a divided character across the album's 11 tracks, alluding to some of Csath's writings along the way. I have imagined the sequencing of the album tracks almost as the arc of his life, referencing “Opium” and following on to more melancholic atmospheres. In places, it's certainly dark in mood, but I hope the overall effect and is both absorbing and engrossing for the listener, perhaps thought provoking also......
“PVZ” will be available as a download, and also in a strictly limited edition physical format early next year, depending on a few factors out of my control at the moment. I will be posting more details here when I have them.
Best,
Colin
NB, I am reliably informed by a native Hungarian speaker that the correct pronunciation of his name phonetically in English is “Chat Geyza” - as Hungarian typically has the surname before the first.
Posted by Colin Edwin at 15:33