I get a lot of use out of this unusual late '70's designed Magnum II bass from Ovation.
Featuring a highly distinctive body shape, a thumb rest, unique bridge design and a rarely seen approach to active pick-ups, these instruments were replaced by the later Magnum III and IV before being discontinued.
It's a comfortable, but solid (heavy) piece of wood, also with a longer than usual scale length, which meant initially sourcing strings with windings that went past the nut was a little tricky, but I have settled on D'Addario ECB81 XL Chrome flatwounds.

It's capable of some grinding rock sounds, but it's appeal for me is either for thick rubbery dub type bass, or, with the foam mute in place, played pick style (sometimes in conjunction with a delay pedal) for a retro bass sound that my other, more modern instruments can't get close to.
I also sometimes use an Ovation Magnum I, which is the passive version of the same bass, you can read more on the differences between the two on this original Ovation manual. 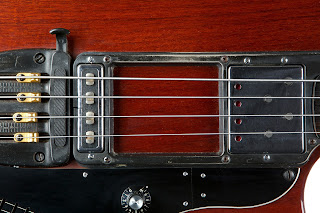 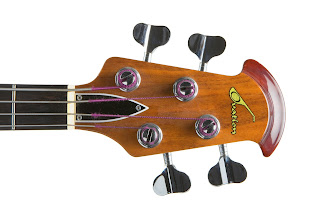 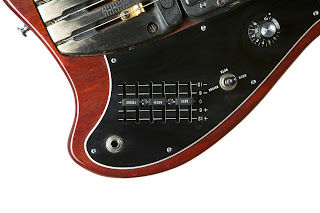 Close up of the tone/volume controls and pick up selector. 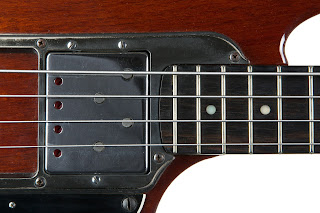 Neck pick up aka "Mudbucker" 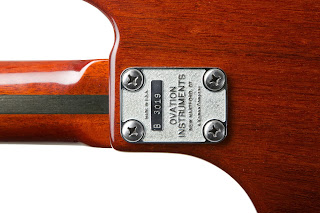 You can hear this bass in the dub section (an excerpt from the title track) in the middle of the above sampler of the new Metallic Taste of Blood album "Doctoring the Dead".


It's very prominent on the title track of the new Tim Bowness album "Stupid Things that Mean the World" too.