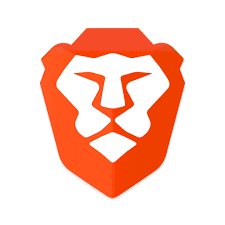 Back in the early days of the internet, and I wasn't a particularly early adopter, I can remember telling a friend of mine how useful and potentially game changing the web could be, only to get the cynical reply - "But yeah, but it's just a load more people trying to sell you something isn't it?"
He was clearly irked by the advertising, which has only got more invasive since then, not to mention subtle.

Looking back, it's also hard to argue against the notion that the early promises of the internet have been subverted by a handful of now enormously rich tech companies for their own massive gain, while ordinary internet users have been exploited by aggressive data collection and insidious advertising practices, not to mention the exploitation of creators of all kinds.
One way or another, on the internet, we're all being milked.

Could there be an answer? ....well maybe...please read on.

I've been using Brave as a browser for a while now. It seems like a solid project and the functionality works quite well for me.
The idea behind the Brave browser is to allow a higher level of user privacy, which it does by blocking lots of the trackers and ads that many websites don't even tell you they've put on your system.
Brave also provides a function for users to tip websites and content creators directly.
Rather than being bombarded by ads, which makes some websites unreadable, users of Brave are rewarded for viewing advertising, with rewards paid in the project's native BAT token.

As for the tipping system of micro payments, this means creators of all kinds can be rewarded for providing content, which is something sorely needed in the current internet model.

Changing the internet in a positive way by facilitating micro tipping and receiving rewards for viewing ads (and giving up personal data) is an idea I first read about in Jaron Lanier 's excellent book "You Are Not A Gadget", some years ago.

I am sure there might be other projects around that do a similar thing, but Brave is the only one I am aware of, and IMHO it has a huge potential to change the currently exploitative model of the web, or at least to be a first step on the path.

I am not enough of a tech head to have delved too deeply into the exact workings of the project or the associated BAT token, but I'd encourage anyone interested to take a look at Brave in more detail here:

My youtube channel and my Twitter page are now set up to accept Brave tips, which I am happy to say I've received.  Where possible,  I've also micro tipped some of my favourite websites and creators, so I can vouch that the system actually works.

Lastly, if you do decide to give Brave a try, please use my referral link below: