Some photos from the debut Astarta/Edwin show at the Kraina Mriy World Music Festival in Kiev at the beginning of this month.

Despite logistical hassles, limited prep time, a language barrier, all the problems inherent in doing an open air show (....in this case a rain shower which appeared out of nowhere just before we were due to play) and an hour long set of brand new, for the most part previously unplayed material, I am happy to say, everything came together really well. 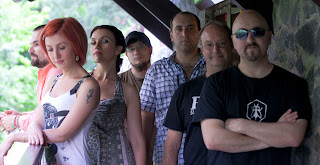 Below standing in almost the exact same order on stage: 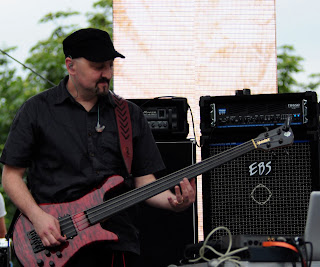 By an amazing coincidence the EBS TD650 amp I used was the same one which I had previously taken as a spare on the Incident tour with Porcupine Tree. 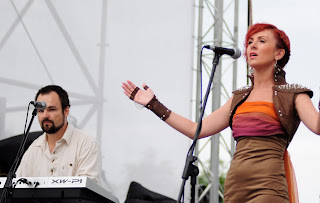 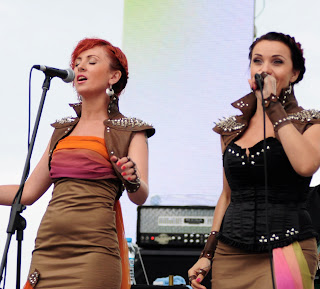 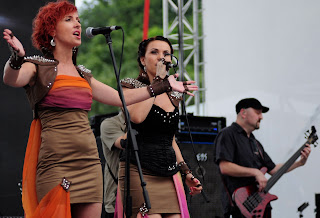 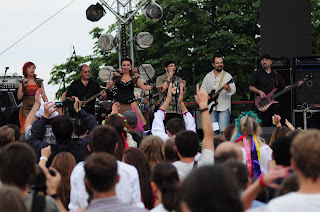 Punking it up for the last couple of tunes.


As well as it being a great opportunity to test out in a live environment the "work in progress" (and in some cases as yet unrecorded) tunes, Kriana Mriy was also a very enjoyable place to be.
In addition to a general wandering about, absorbing the uniquely Ukrainian atmosphere, I took some time to share a brandy with the guys from Kozak System, and take in their high energy show.

Big thanks to the "supporting cast" who made the show possible, especially Igor Romanov from Igromart music,  Dima for his invaluable translation, Nataliia for her space and Sacha from Lakeside Studios for live sound and also the most pleasant rehearsal space I've been in a long time.

The four track "Endless Tapes EP" is out now and shipping from burning shed.

The picture below shows the CD cover, plus a couple of the limited edition cassettes : 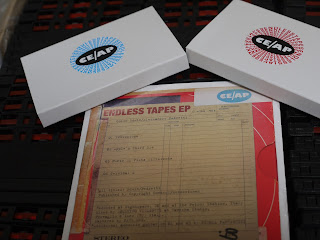 I am also very pleased to present this very fitting video that graphic artist and visualist  Petulia Mattioli has made for our track "Punto Di Vista Differente".

Colin
Posted by Colin Edwin at 14:40 No comments: