More from the Untrained Artist.

I've been keeping a lot of my son's drawings, paintings etc and was prompted to sit and look at them again after watching a really interesting documentary about Outsider Art.
The term refers to art made by children and the untrained and self taught, as well as that made by people who suffer from mental illness.

I like the definition, "Art made by those who do not know it's name", which implies a very pure intent.

Anyway, I particularly like this, drawn by my son, aged 6, apparently a "Firework Machine" and part of a whole series he calls his "Network Pictures". 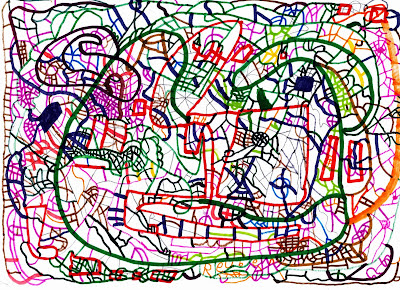 A pretty good example of "outsider music" would be The Shaggs, recommended by Frank Zappa himself. 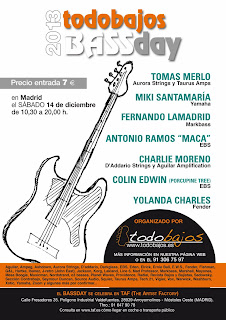 See above, I'll be at the Madrid Bass Day next month, on the 14th December.
I'll be spending some time talking about effects and how I like to use them.

More info in Spanish and English can be found here:

Colin
Posted by Colin Edwin at 01:50 No comments: