Ex-Wise Heads - "Everything is Hear"

Dating from early 1998, and, saving a single overdub, recorded completely live to a four track cassette machine. Subsequently the material was digitally mixed and mastered by Geoff Leigh, with the assistance of Paul Mex.
"Everything is Hear" was recorded sometime after Geoff Leigh and I first started improvising and composing together as a duo and features Julian Franks on an array of Middle Eastern and Indian percussion (tablas, djembe and darabuka.) who had joined us for our first few live gigs.
Although this line up performed live a few times, these are the only recordings featuring Julian, as he moved on soon after and was replaced by Vincent Salzfaas, who had a much more African oriented percussion approach. We went on to record two albums, ("No Grey Matter" and "Time and Emotion Study") with Vincent, before exploring more electronic elements and settling into a "duo with guests" format.
Some of the material here was reworked for the subsequent debut album "No Grey Matter" but it's certainly different enough from those later recordings.

"Everything is Hear" is certainly raw, eccentric perhaps and maybe even a bit primitive, and it was never meant as an album proper, but it has an energy, directness and character of it's own and listening from a distance of 18 years, I think it has aged well….

Follow this link to get the Burning Shed Edition of "Everything is Hear" on CDR
Posted by Colin Edwin at 09:12 No comments: 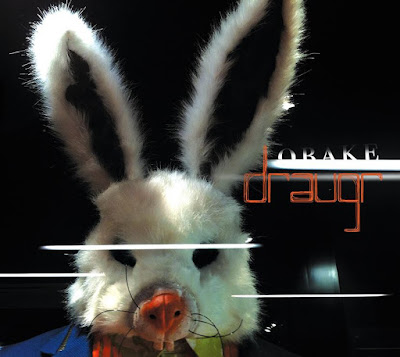 "Draugr" is due a late October release on Rarenoise, first preview to be released is the track "Appeasing the Apparition" which you can hear below:

See below, a short playlist of fairly recent tracks I have been involved in: Endless Tapes, Astarta/Edwin, Guadi, Armonite, iamthemorning, Ghost Medicine and a solo number too: