I am sure it will come as no surprise to say that my ongoing collaborative project with Ukrainian vocal duo Astarta has been held up by the chaotic events taking place in Ukraine over the last few months. 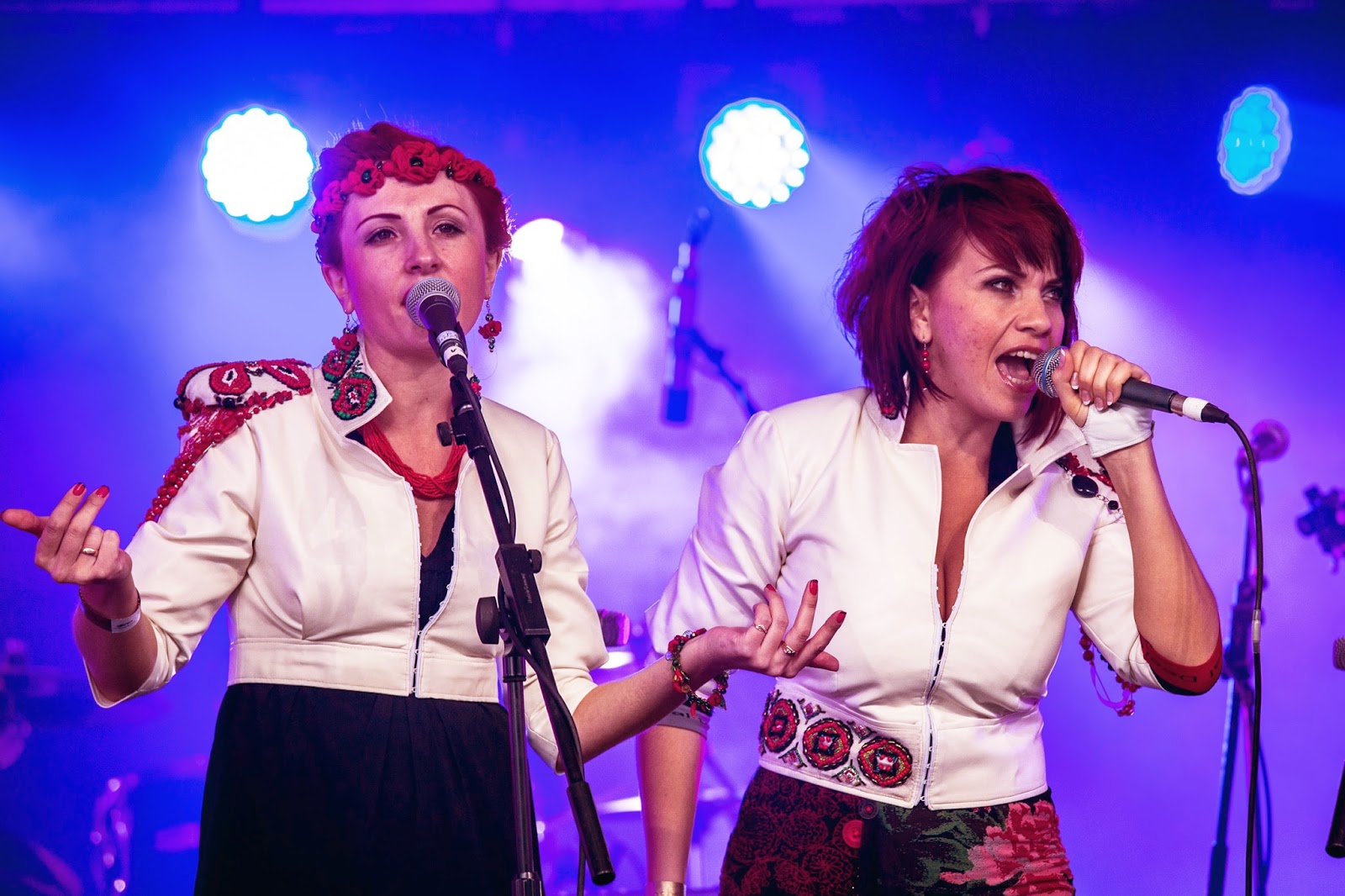 Work on the album (...and hopefully plans for further live performances too) should recommence soon, but in the meantime, we are happy to donate one of the completed tracks to a fund-raising compilation album to benefit EuroMaidan SOS, an organisation which is helping the victims and families of those killed during the recent protests in Kiev.

Please check this Facebook event page for more about the release, featuring acts from all over Europe:

You can read organiser Mich Rozek's eloquent statement about what the compilation hopes to achieve, please note that there's no political message, purely a desire to improve the lot of those affected by the crisis.

The track we are donating is called "Kalina", which is arranged around an existing folk melody, originating from the Sumy region of present day Ukraine, and is sung in the local dialect, I am led to believe it's closer to the Russian language than Ukrainian.

The lyrical content concerns the Guelder Rose (or viburnum opulus for any horticulturalists..), which as well as being a national emblem, much used in folk art, embroidery etc, also has a symbolic meaning in the pagan traditions of the area, connected with the birth of the universe,  feminine beauty and also blood and family ties.

As well as the beguiling vocals of Astarta (Yulia Malyarenko and Inna Kovtun), "Kalina" also features my  "Burnt Belief buddy" Jon Durant joining us on guitar and the marvellous Pat Mastelotto is on drums.

Anyway, please follow the link below to purchase the album:

I'd like to encourage anyone who feels moved to support the album to also hit the share button.

…..which will hopefully be updated before too long...

I've got a fuzzbox….

Something of note perhaps for the gear savvy…

I've recently become a heavy user of the EBS FuzzMo pedal, it got a serious workout during the sessions for the next Metallic Taste of Blood album.

I've found it very useful not only for distorted, brutal bass sounds, but also for making ambient, textural and lead sounds in conjunction with a delay and either an ebow or a volume pedal.

Colin
Posted by Colin Edwin at 02:43 No comments:

Alessandro Pedretti and myself brought in two other musicians to help us bring the music from a purely studio creation to something living, breathing and most importantly, capable of evolution.

We were very happy to have the input of Corrado Saija and Nicola Panteghini (keyboards and guitar respectively) who did a great job making sense of what we gave them to work with, helping us to make the live concerts, not simply a static rendition of previously recorded music, but an interacting group entity,  enabling us all to explore the tunes, stretch out, improvise and create something with the possibility to be spontaneously built on from performance to performance, which is exactly what I'd hoped to achieve with the Endless Tapes material.

Although an ideal warm up and road test, our short series of gigs was over far too soon.
For a taste,  there's a little montage of lo-fi "found footage" from the performances over on my youtube channel:

Anyone familiar with the track Terminal 2 from the Endless Tapes debut EP will be able to compare the way the material expanded in a live environment by listening to this extended live version, a desk recording, on my Soundcloud page:


Finally, we now have a pre-order set up for Endless Tapes T-shirts, featuring the cover image to the EP and available in Blue or Black, shipping date is set for early May.
Please click the pictures below to order: 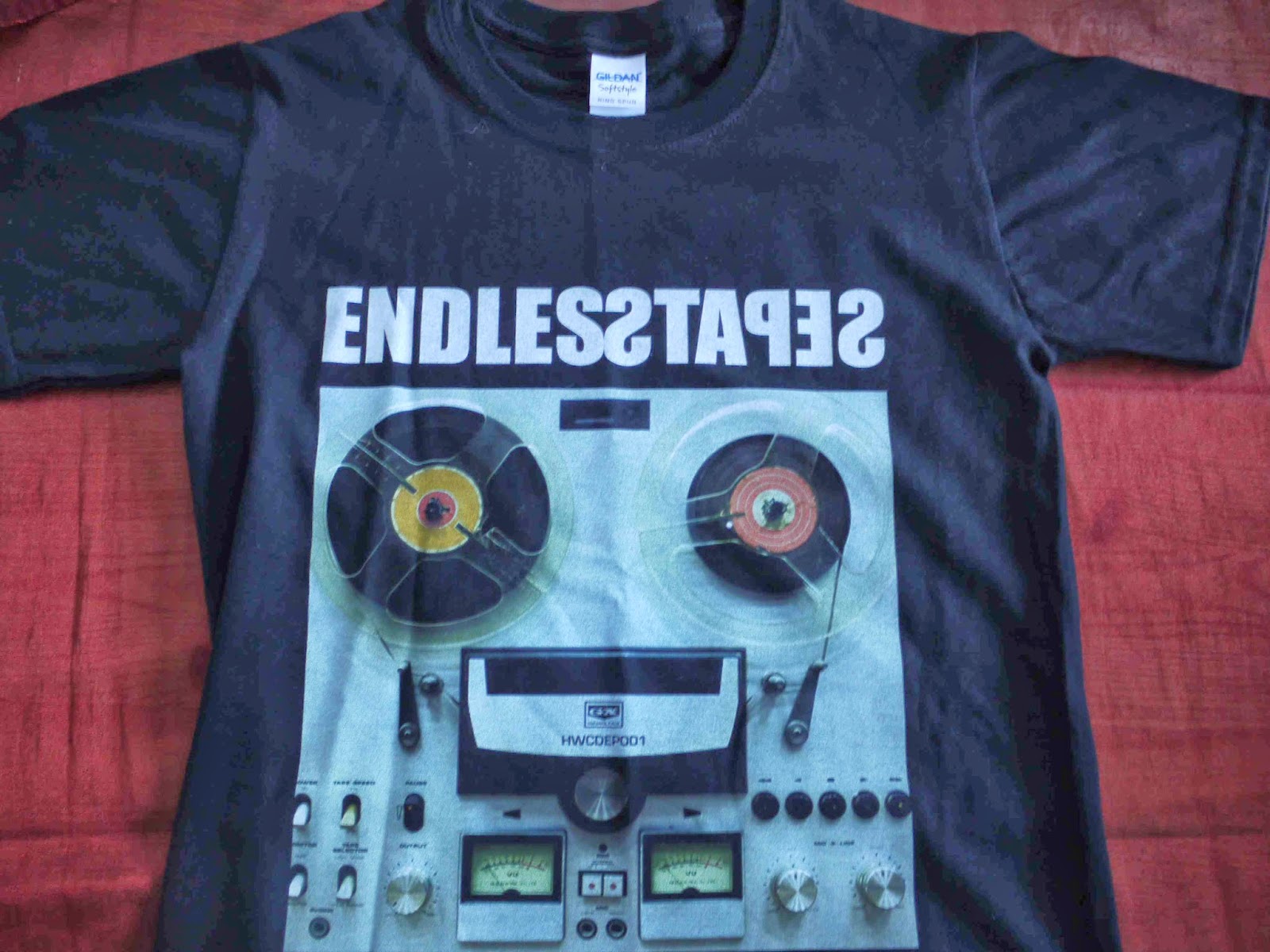 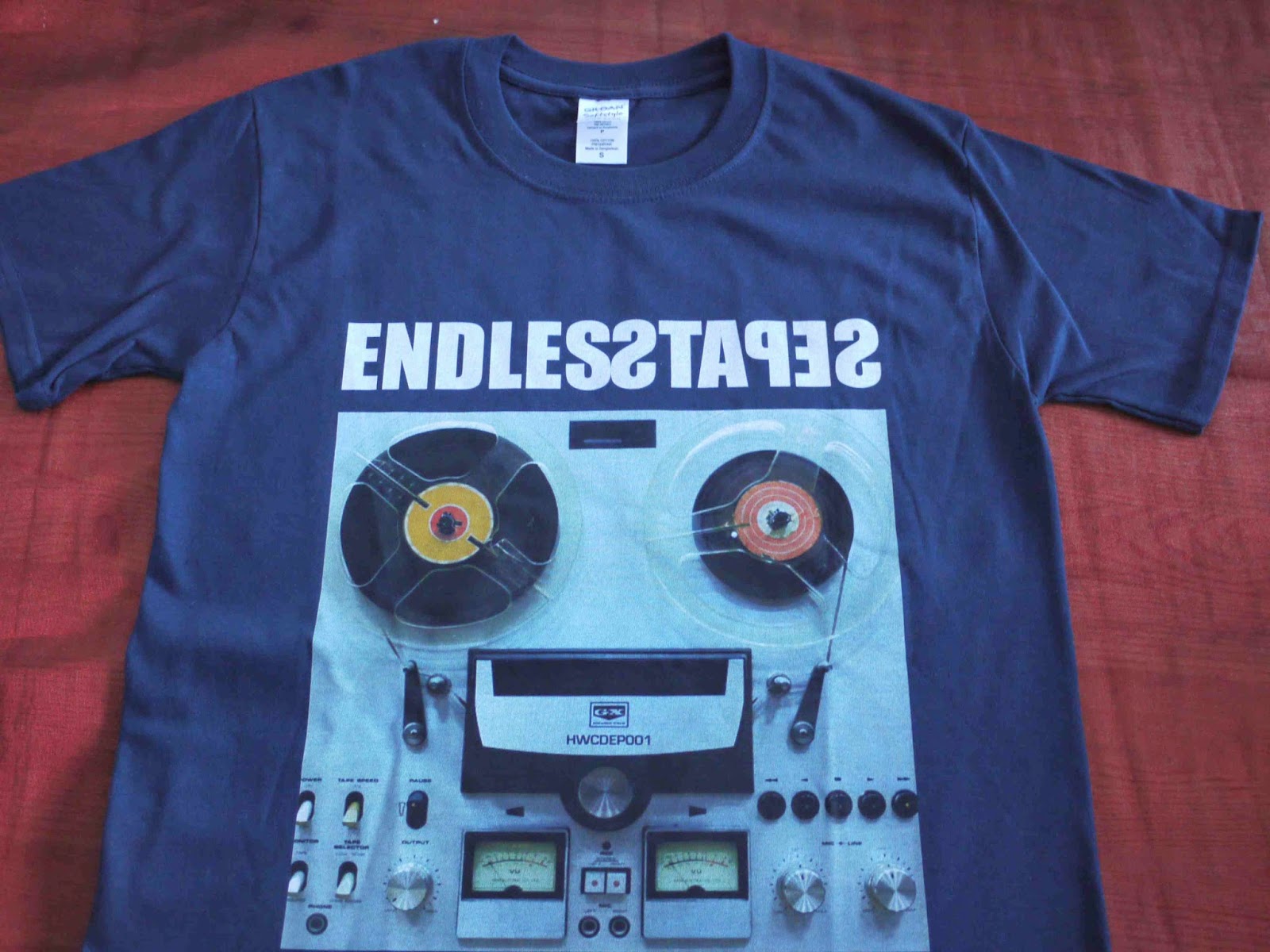