I have contributed upright and both fretted and fretless electric bass (and some ebow textures as well) to various tracks on Tim Bowness's forthcoming album "Stupid Things That Mean the World" and below you can hear "Great Electric Teenage Dream", which is the first track from the album to be made public:

I will be joining Tim,  Mike Bearpark (Guitar), Andrew Booker (drums) and Stephen Bennett (Keys) for some upcoming gigs, the first one confirmed so far is in Poland at the end of August, see poster below: 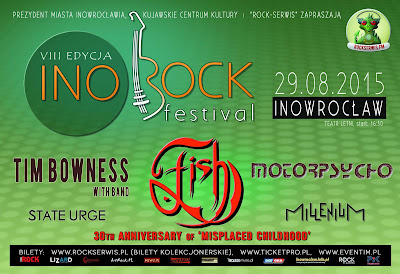